Stu as in Stupid? 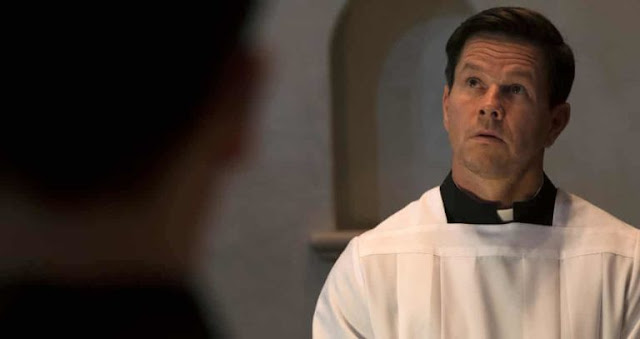 There are at least two reasons why I'm not the right person to slam the new movie, Father Stu. The first being that I don't really like movies. Not many, anyway. I haven't stepped foot inside a movie theatre in nearly twelve years. I believe that was to see Toy Story 3. Nor do I have any of those Netflix Prime Plus Disney Stack Amazon subscriptions, or whatever they're called. I'd rather watch a football game, or an episode of Alone.

The second reason I ought not to slam Father Stu is because, well, I have never watched it. Nor will I. Why do I say this? You need to check out Austin Ruse's critique of the movie over at Crisis Magazine. The review was... shocking.

"And language, oh boy, the language. Today we are used to a few f-bombs, but I was not prepared for the quite blunt vulgarity."

Ruse provides some examples in his article. You can read the crudeness there for yourself. I for one don't want such filth written on my personal blog.

As for the moment of redemption...

"When it comes time to get baptized, in Church, Wahlberg slowly pulls off his shirt. Yes, he pulls off his shirt, in Church…to get baptized. The camera pans lovingly over Wahlberg’s pumped-up frame, he leans down and gets baptized. Carmen is beaming. Have you ever seen anyone in a Catholic Church take off their shirt for baptism? Me neither. The writer/director, first timer Rosalind Ross, loves Wahlberg’s body. In not one but two scenes she lovingly shows him in his skivvies. Why? You figure it out."

But there is a happy ending! Is it enough? We'll leave the final profound word to Ruse.

"I hated this movie until the end when it kind of made sense."