Disconnected Adults - Maybe It Begins with Us? 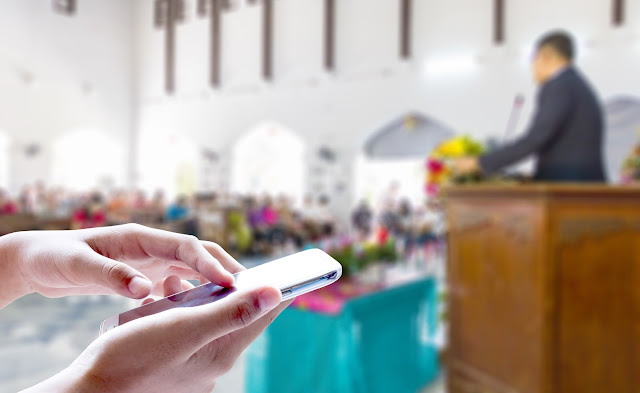 I write this "safely" from the welcome home of my own personal blog. No expectations to fulfill here. No wait times for publishing. No need to use every word perfectly and without a hint of waste. No worries of vitriol or going viral; of enduring fame, infamy, and everything in between. Just writing. Writing what's on my mind. Writing words... for the sake of writing words.

And the word that's on my mind today as I write is disconnected. No, I don't exactly mean my book. I refer to what it truly means to be disconnected, and then connected.

You know, I've quickly found out what I hate the very most about being an author (not that I consider myself an "author"). It's the self-promotion. More specifically, it's the self-promotion on social media. It is sickening having to write posts about my book, include little graphics, quotes, and links... always links... to where the book can be purchased. And yet, as much as I hate to admit it, the social media posts are what initially have sold the most books. Ironic. I get it. A book about being disconnected has garnered most of its sales from being anything but disconnected.

I don't want to be on social media. I hate social media. Truthfully, I want to disconnect myself from it forever. Social media is the personification of what it means to be disconnected from reality. It is 99% evil. At least. Maybe more. Yet there I am - at least for now - using it to sell some books. Elvis Presley enters my mind: "Caught in a trap..."

Even a little is becoming far too much. Truth be told, I've actually hardly been on Facebook lately. I check messages once a day, and then twice a week I will post something about my book. Since I have people add me as a "friend", well, golly gee, I might as well try to make a sale or two. I'm sure it annoys people that I do so. I get that. I'd rather not.

But even a once a day check-in, and twice-weekly posting, though sounding rather innocent, is inane and absurd. Here's what it actually looks like:

As soon as I go on, Facebook shouts out to me that Rod Dreher is getting a divorce, Earth Day still exists, good people are only those who fly Ukrainian flags on their profile, COVID will (again) kill everyone's grandma, and that Pope Francis is still "making a mess" of things. How did I survive without knowing this? I then click on my shiny red notifications. Yes, how shiny! Most of it is spam. There are a couple of notes that I actually care about (pertinent posts from family and friends), and then, at least as of late, there are some bizarre posts or comments from "friends". The posts and comments are creepy, weird, and very mean-spirited. They are envious, petty, and of no use to me or the world. So I delete, block, and move on. Another day on social media, though but a few minutes, is completed. And its effect? It is my daily jump into a filthy trash can. And it only takes a few minutes for the stench to become a part of me.

My one-time editor at 1P5 (he was great to work for, btw), Steve Skojec, wrote a tremendous piece at his new-ish Substack site this past week. In case you're wondering, Steve still has it as a writer. I miss his long and winding, interesting and ever thought-provoking, style. The piece was titled: Social Media is Ruining Everything. The title alone should say enough. Steve went through the history of the internet from the perspective of his own life. It is relatable, nostalgic, and sober. It is a story of hope and ruin. Of connection and, well, you know.

"I’m ok with having reasonable debates to get to the bottom of topics, but I’m tired of fighting. I don’t want to pick up my phone with the sick feeling in my stomach that a bunch of people probably personally attacked me in the time I looked away from the palantír to do real world stuff. You never know when you’ll go viral for the wrong reasons and invoke the mob. Hell, I just miss the time when we weren’t expected to reply to incoming message on nights and weekends, because that’s just not what normal people did.

We need more real world, slow living. We need more decency with each other, less thought policing, and more freedom and encouragement to color outside the lines. We need to be more offline more often, even if it makes us uncomfortable.

The question is: how do we, as a society, get there from here?"

I wrote it primarily for myself.

At some point, even posting online about a book, just twice a week, will have to stop. If I never sell another book afterwards, so be it. I can live with that. In fact, I will gladly live with it. If, by going through this process I can once again live in that beautiful world where children poke at rocks, streams flow onward to rivers and seas, grass waves in the wind, clouds form majestic shapes, and laughter, particularly that of children, echoes throughout homes, towns, and fields. In a real world, that's out there.

And if you care to disagree with me, for now I'll just hit delete and block. Real life is becoming too short for even a daily jump into the trash.