Showing posts from March, 2019
Show all

The Exercise of Lent

- Note: This is a reprint from the old MilletteFamilyBlog Days -  Sometimes I throw my tried and true Catholic beliefs aside, put on my Make Heresy Great Again red hat, and try to be a liberal. Like a good liberal, I have the ability to interpret the teachings of popes in the manner which suits me best. Of particular interest to me is St. Pope John Paul II's Theology of the Body. The body. Let me say that again with greater emphasis... The BODY! *flex, kiss bicep, run to a mirror* You get my drift? The connection between the Theology of the Body and lent is undeniable. Let me flesh this out for you. Let's work out this idea, if you will. We'll gain insight. Flex our ideas. Lunge ahead. Just weight and see. The Exercise of Lent First, when working out you should have a proper warm up. The warm up should be a suitable length, and get the muscles primed for the task at hand. Well the Church used to provide a pre-lenten warmup. Septuagesima Sunday brought a p
Post a Comment
Read more 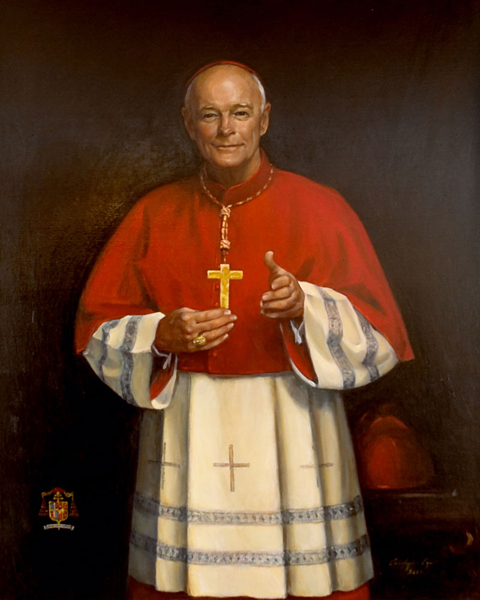 Suppose a man was presented the opportunity to live a double life filled with both esteem and vice, dignity and debauchery. Would the man jump at the chance? Glaucon, in Plato's Book II of the  Republic , argues that if a just man held possession of an invisible ring, he would undoubtedly live only for self-seeking pleasure and power. On the other hand J.R.R. Tolkein, in The Hobbit , commends the innocent Bilbo Baggins for using an invisible ring only for heroic reasons. And then there's Oscar Wilde's The Picture of Dorian Gray , whereby a painting becomes a possible vehicle for living a hidden life of sinfulness. The handsome Dorian Gray is urged by his modernist friend Lord Henry to "Live! Live the wonderful life that is in you! Let nothing be lost upon you. Be always searching for new sensations. Be afraid of nothing... A new Hedonism." Gray jumps at the chance. His depravity grows daily, matched only by his rise in narcissism. When love struck Miss
1 comment
Read more 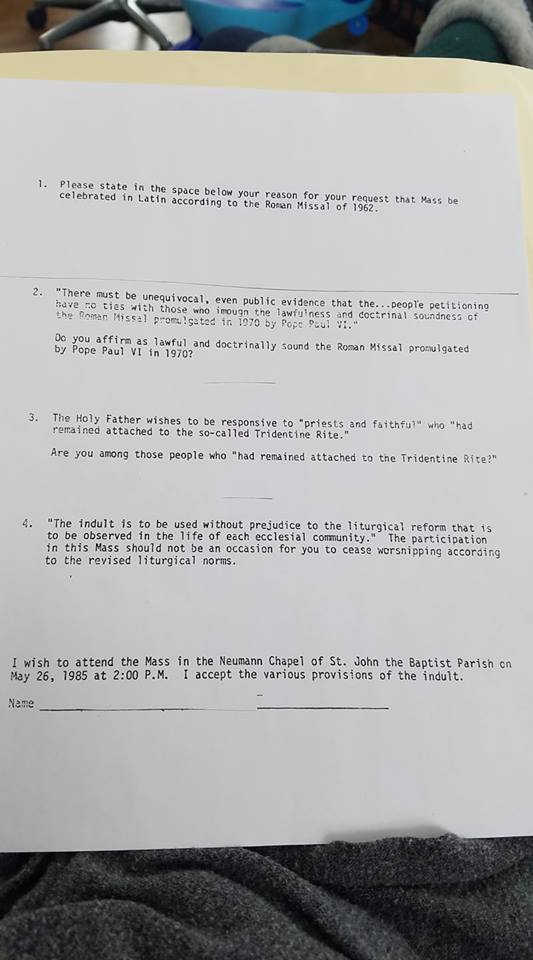 In 1985 men such as Americans Bernard Law and Roger Mahoney received promotions in the Church. Also, 1985 was a pretty hot year for abuse in Buffalo, NY. Meanwhile, faithful Catholics were treated as second class citizens. The following was posted by Una Voce, the Traditional Latin Mass Society for Buffalo, NY: Back in 1985, the Diocese of Buffalo, granted 4 Traditional Latin Masses to be said a year, on a Saturday afternoon.  Before each of these Latin Masses, everyone attending, was made to fill out one of these surveys.  This practice was probably used to intimidate those in attendance, but at the first Mass, we had over 600 people show up! So many showed up, had to move the Mass from St. John Neumann chapel, to the main church. In 1990, we were finally granted a Sunday Mass at St. Vincent de Paul, and no longer were required to fill this out. Through the grace of God, we have 3 Latin Masses in Buffalo, and are growing and thriving. Praise be Jesus Christ.
1 comment
Read more
More posts