The other day I was watching Living Right with Dr. Ray on ETWN. Though the production value was extremely low, the content of the program was as good as it gets. This is common with EWTN, there are some good ideas, but they often lack the money to implement them to the high standards of other stations. But what if there was enough money to cover the cost? What if EWTN was able to start creating shows with the quality of the secular world, but with a Catholic twist? I can only imagine...

Move over Chip and Jo, you have competition. Fixer Upper: Church Edition. Or this could work as any restoration show, really. A crew would go to various Catholic churches and fix them up to look great. Perhaps restore a falling apart beauty. Or take a modern nightmare (there's no shortage) and put a traditional touch to it. Think of it: "Father Pius. Deacon Athanasius. Are y'all ready to see your fixer upper?"

Pros: Many. People love these shows (as do I). It would be a hit. Heck, I bet this type of show would sell on a mainstream HGTV style network. Also, so many churches could get fixed up and renovated to be beautiful.

Cons: None. Except for the liberal heart attacks over the fixed up modern churches.

Or Cardinal's Corner. Or Clergy Corner. Or whatever. The idea being you find some guy who is getting old and crotchety, but who knows his stuff and isn't afraid to offend people when saying the truth. I could see Raymond Arroyo being Ron Maclean. It would be fantastic. Saturday night. Five minutes long.

Raymond: "So, about the latest from the Bishops of Malta..."

Catholic Cherry-fill-in: "Aww shut up and let me talk! About those Malta Bishops, those whiny Europeans, they don't know nothing about the faith. They're sell outs. I've seen more brains in an octopus thrown on the ice in Detroit! I remember once going to Mass. There was this guy who was divorced and walking up with another girl. He says he's going to Communion. I says aww toughen up there. You made your own mess I says."

Raymond: "But isn't that a little harsh because..."

"Shut up I said! No, it's a tough world, be a man! Unlike those Europeans over there."

Pros: Finally we'd get to hear the truth without any tiptoeing around people's feelings.

Cons: People's feelings would get hurt. Maybe there used to be such a combo?

This show is pretty fun. A couple of guys go to all these old places and buy old signs, cars, trinkets... whatever from the owners. So we have a Catholic edition. All these old churches and convents. They find them and try to buy old religious items.

Mike: "How much do you want for the holy water font?"

Pros: These are interesting shows. Viewership would be high. We'd get to meet some crazy characters too.

Cons: Isn't the buying and selling of sacred items Simony? This would get them in the 8th circle of hell according to Dante.

Not much needs to be said here. Instead of money, though, maybe they could play for indulgences. 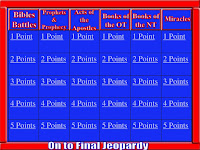 Alex: "This St. John is often pictured with his finger over his mouth."

Pros: People would learn an awful lot. Plus it would be easy to set up the show.

Cons: The indulgence thing might not go over so well.

Saved by the Church Bell 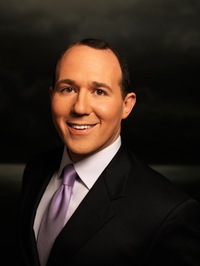 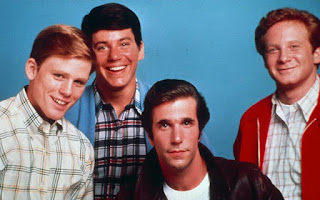 Altar boys with hair on fire. Choir members singing the wrong song. Priests who keep their microphone on after Mass while in the sacristy. Or myself at morning Mass in my university days... that time when I fell asleep while kneeling for the consecration... I woke up just in time for Holy Communion though.

Happy Days
You know, return to pre-Conciliar Church times. Life wasn't perfect or anything. But was it any worse than now? I vote a young Karol Wojtyla to play the Fonz.