If the Church Has Been Infiltrated, The Road to Recovery is Long Indeed 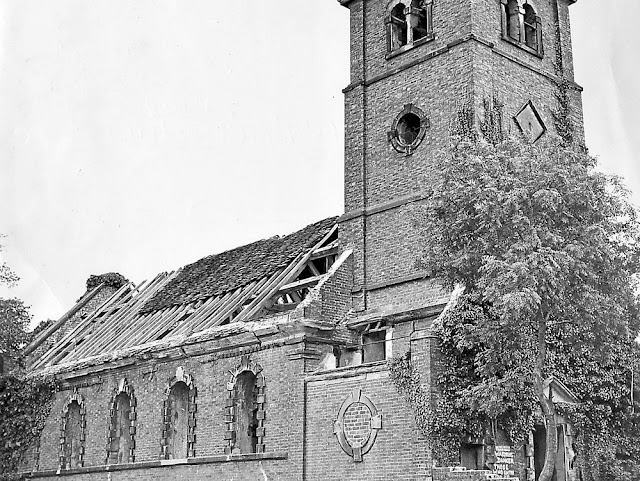 It seems redundant to bemoan that, for over one year now, the Catholic Church has being shaken by unbridled scandals of, what you might call, “inadmissible” conduct. This Hollywood-worthy feature of ecclesial sex, scandal, power, and wealth continues to unfold at a hectic, yet paradoxically boorish, pace. The response from far too many bishops is deviously lethargic – perhaps they are still too “shocked” to act properly.

Still, the faithful Catholic must persevere in the midst of this scandal infecting Christ’s Church. It is undoubtedly a real and frightful tale of The Good, the Bad and The Ugly:


The Good - More Catholics are aware of the scandals, true protagonists such as Archbishop Vigano are fighting bravely, and traditional Catholicism continues as a growing refuge for disenchanted Catholics.


The Bad - Far too many Catholics, often termed “neo-Catholics”, still ardently defend, or at least excuse, the Pope Francis regime.


The Ugly – Despite unceasing revelations on McCarrick, Bransfield, Maradiaga, and countless others, as well as continued shocking and problematic (can I just say heretical?) sayings from Pope Francis, the ugly truth is that the philosopher Heraclitus was wrong: nothing has really changed. We continue to step in the same river of filth. It is stagnant and putrid. After over one year of these scandals, no serious change is imminent.

Undeniably, the gates of hell shall not prevail, and Christ will ultimately conquer, as He promised. Yet how this will come about complicated.

We do know that Christ, to manifest His glory, often chooses to undo sin and conquer death in a clear, symbolic, and even poetic, manner. Eve consented to the first sin; the New Eve consented to salvation. Adam sinned and brought death by eating from the tree; the New Adam redeemed by dying on a tree and bringing life. The first Pope thrice denied Christ; Our Lord fittingly required a threefold vow of love from St. Peter. In the end, Christ may choose to heal His wounded visible Church by fittingly undoing the roots of this current scandal.

What are the roots of this crisis? Consider, as Dr. Taylor Marshall claims, a devious plan of infiltration. More specifically, consider the original 19th century Freemasonic document, or game plan, on how to achieve the infiltration of the Catholic Church, the Alta Vendita.

The Alta Vendita, and its attempt to bring godless Modernism into the Church, is noteworthy for its long approach to victory. It states:


"Now then, in order to secure to us a Pope according to our own heart, it is necessary to fashion for that Pope a generation worthy of the kingdom of which we dream. Leave on one side old age and middle life, go to the youth, and, if possible, even to the children."

The roots noticeably include youth and families. Going to the youth suggests that the infiltration is meant to be rigorous and absolute. In it, time is no issue. Rather, what matters in the Alta Vendita is that the coup to attack Catholicism be firmly entrenched in the very life of the Church, no matter the temporal length.


“The work which we have undertaken is not the work of a day, nor a month, nor a year. It may last many years, a century perhaps, but in our ranks the soldier dies, and the fight continues on.”

By the early 20th century this attempt to infiltrate the youth to a modern praxis (Modernism), one incongruous with the Catholic faith, was already bearing fruit. Dom Chautard’s spiritual classic, The Soul of the Apostolate, originally written as a pamphlet in 1907, was (even then) expressing serious concern about the Modernist training of Catholic youth. Dom Chautard lamented the worldly approach to Catholicism: “what are we to think of those apostles for whom movies, plays, and athletics appear to constitute a fifth Gospel for the conversion of nations? […] how limited and short-lived such a result usually is!” (Part 4, e).

The Soul of the Apostolate garnered the attention of the great fighter of Modernism, Pope St. Pius X, who allegedly kept the book at his bedside. Pius X, among many other actions refuting Modernism, wrote the encyclical Pascendi Dominici Gregis (also in 1907). In it he warned that the “young, excited and confused by all this glamour of praise and abuse, some of them afraid of being branded as ignorant, others ambitious to be considered learned, and both classes goaded internally by curiosity and pride, often surrender and give themselves up to Modernism” (par. 42).

Pope St. Pius X died in 1914. Subsequently, the generational attack on Catholicism, as advocated by the Alta Vendita, gained steam following his death. The indoctrinated youth became seminarians - these seminarians became priests - many of these priests became bishops and cardinals, who then sought the election of popes according to their “own heart.” By the early 1960s, Pope John XXIII was brusquely opening the windows of the Church to the modern world.

The plan of the Alta Vendita was strategically brilliant, ferociously resilient, and forlornly successful. Indeed, returning to our current day scandals, it is evident that the lengthy approach to infiltration has now firmly penetrated the human element of the Church. There is great evidence of an infiltration, one that specifically targeted the youth of its age.

It has been over a century since the Catholic Church had Pope St. Pius X leading the fight against the Modernist infiltration. We are far removed from his inestimable teachings and actions. We suffer desolately. When will it end? What can we do?

There is perhaps a fitting, yet prolonged, remedy. Just as the Catholic Church was deeply infected by a slow Modernist corruption of youth (among other areas), so perhaps Christ will liberate His Church through the pious raising of youth in devout families. Indeed, the very Pope St. Pius X was once a poor Italian farm boy raised in a familial environment filled with piety, love, and truth. In other words, it is through the careful raising of children to be saints that the torrent of evil within the Church may slowly dissipate.

To raise children in the faith is difficult, but not complicated. The means of the Church still bear fruit for those who value them. Finding a beautiful Mass, praying family rosaries and devotions, educating the children in the faith, offering sacrifices, seeking joy and holiness, are all possible. Moreover, when done properly, they lead to great sanctity. Now is the time to nurture fervently children in these Catholic practices; it is perhaps the ultimate way to combat an infiltration.

Raising children in holiness is not a quick answer to the ills of the Church, nor does it lessen the need for current faithful Catholics to fight corruption in the Church. However, the long approach of raising youth in heroic sanctity may be the emblematic method Christ employs for undoing the evil and filth of infiltration in the Church.

For now, the Church will continue to suffering greatly. Scandal and malevolence surely will persist. We must not get discouraged. In our Catholic ranks also, the soldier of Christ dies, and passes on the fight to the youth. Yet the Catholic soldier also continues the fight in heaven, interceding to Christ on behalf of those on earth. Unlike the Alta Vendita’s pledge, death does not put an end to our Catholic work. Therefore, we have the intercession of all the saints, including Pope St. Pius X, to aid us, and to aid our children against the infiltration of our Church. The road to recovery may be long, bloody, and perhaps take an entire century to accomplish, but through Christ, the battle will ultimately be victorious.