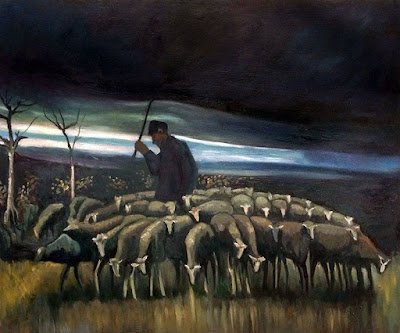 Attacks on the priesthood come from the outside secular realm. For instance, physical assaults, like the knife attack on a priest recently at St. Joseph’s Oratory in Montreal, are possible, if not increasingly probable.

Non-violent, more conceptual, exterior attacks against the priesthood arise from a plethora of modes and maddened hostility; an example being a recent music video by Miley Cyrus with clerics ogling female exotic dancers. It is undeniable that the sickened outside secular “culture” has long targeted the priesthood.

Attacks on the priesthood come from within the Church as well. An infiltration of the Catholic priesthood, as recounted by ex-communist Bella Dodd, is often cited as a significant example. Even Pope Emeritus Benedict XVI recently wrote concerning internal deliberate attacks on the moral and theological training of seminarians in the 1960s. Thus, the vile assault on the priesthood is an all-encompassing attack, internally and externally. No priest can escape its effects.

I will point out yet another clear obtrusion on the priesthood which is hidden in plain sight from most. This attack, perhaps stemming from an infiltration in the Church, is of grave consequence, for Jesus Himself augured against it. In John 10:12 Our Lord says:


But the hireling, and he that is not the shepherd, whose own the sheep are not, seeth the wolf coming, and leaveth the sheep, and flieth: and the wolf catcheth, and scattereth the sheep.”

The attack is that priests, particularly diocesan ones, are considered as hirelings.

Consider the pious man who carefully veils his love of tradition and, by God’s grace, survives seminary life. Upon ordination he becomes the sacerdotal co-worker, if you will, of his bishop’s ministry. With Christ the Good Shepherd as the model for the bishop and priest (CCC 896), they tend the flock entrusted to them.

The priest, taking on the role as shepherd, is immediately allotted a monthly salary. He must record and claim all work expenses, take vacation days according to diocesan protocol, and work dutifully towards his freedom-75 (or is that 85?) pension plan. He is, for all intents and purposes, an employee.

As pastor, the priest must carefully meet with parish committees, such as finance, parish council, liturgy, youth, and the various male and female organizations. Failure to keep these committees pleased will result in a conversation with the bishop. Every flaw or dispute in the parish, after all, is the responsibility of the priest. It is a pressure-packed environment imbued with meetings, onerous audiences, and still more meetings.

Then consider the business aspect of shepherding. Financially speaking, all parish expenses, assets, and revenues must be flawlessly recorded so that the bishop’s staffers can duly tax the parish appropriately (they will say to help pay for the priest’s pension). It perturbs me that my pastor, this past Holy Week, was busy attending finance council meetings instead of preparing for the Triduum. Yet, financial transparency is quintessential. If there is one critical issue that bishops will engage in self-promotion, it is their transparency with money owed to the government. There is zero-tolerance for the priest to fail his bishop with financial errors.

The priest then must focus on his actual flock, and particularly the protocol governing his ministry. For instance, if this priest belongs to my diocese then he is required, for any youth event, to record the number of youth present, and further submit the list to the diocese. The diocese will say it is part of sexual abuse protocol – I imagine that submitting youth attendance numbers crushes the priest’s spirit of clericalism, which half of clerics dressed in white will affirm is the source of sexual abuse. The priest will grumble that the diocese is essentially spying to see how many youths participate at events. Hold that thought for now.

I do not say everything I have described is avoidable or depraved. Financial transparency is good. However, burdening a priest with thick parish financial requirements, perhaps even an immigrant priest with no business experience, is inequitable. Too often, through the barrage of countless policies and secular-minded structures, the priest eventually feels like a hireling. This is their job, and it is for this reason they were ordained. At least I now comprehend why most seminaries do not spend time reading the Angelic Doctor; St. Thomas Aquinas never wrote a treatise on business administration.

Unfortunately, I believe that if a priest feels more like a hireling than shepherd, eventually Our Lord’s warning of the shepherd abandoning his flock will come to fruition.

Let us return to that prior small detail of requiring priests to submit youth-participant numbers to the diocese. Indeed, in some places the priest is watched closely in regards to the number of recipients present at events, and eventually presented to receive the sacraments. A “successful” priest will have many recipients of the sacraments, such as Confirmation. The unsuccessful priest will have few. It is a numbers game. Numbers can make a bishop and priest look good, or not.

What is a priest to do? What if his flock is ill-prepared, perhaps because the catechism used to teach sacramental preparation is completely ineffectual, yet “heavily recommended” by the bishop? The priest cannot win. Though the pious priest may in his heart know that a child is not adequately prepared for the sacrament, the priest will feel pressured to have the child receive.

And so the priest, wishing to avoid yet another confrontation from the bishop, lowers his standards for permitting youth to the sacraments. All children then receive First Holy Communion and Confirmation, though they cannot remember what the Trinity is, much less the gifts of the Holy Spirit, seven sacraments, or what that wafer which appears as bread really becomes. Soon after, many of these children are not seen again at church.

In essence, the priest has been worn down into abandoning the true spiritual care of his flock. Not only is he a hired hand, but he is one that settles for a shameful outcome. The priest is no longer capable of laying his life in sacrifice for his flock. He is a hireling.

In conclusion, of all the attacks on the priesthood, both outside and within the Church, the structuring of a priest’s vocation to mimic that of a hireling is perhaps most unpropitious. A priest must truly shepherd souls, for he is otherwise desolate and imperceptible. Let us then give true and timely support to our priests, and above all pray that they may stay faithful to their calling as devout shepherds, not fearful hirelings.

“Be shepherds of God’s flock that is under your care, watching over them—not because you must, but because you are willing, as God wants you to be; not pursuing dishonest gain, but eager to serve; not lording it over those entrusted to you, but being examples to the flock. And when the Chief Shepherd appears, you will receive the crown of glory that will never fade away.” - 1 Peter 5:2-4