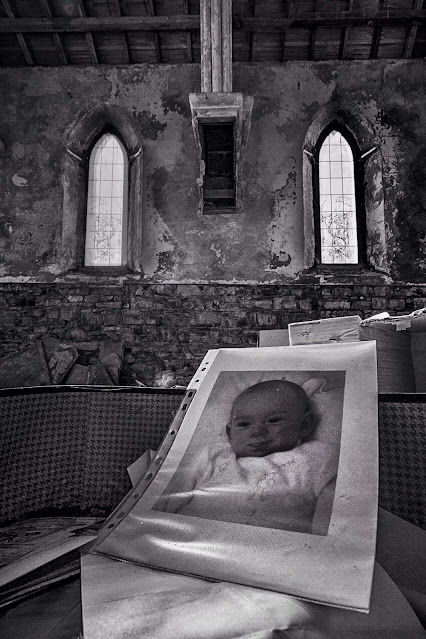 "The most prominent cell line, called HEK 293, comes from an abortion performed in the 1970’s. It’s labeled 293 because that’s how many experimental attempts the researchers needed to get a working cell line. Therefore, though the abortion-to-experiment ratio is not precisely one-to-one, hundreds of abortions went into the project, even if they didn’t result in the working line.

HEK stands for human embryonic kidney. To harvest a viable embryonic kidney for this purpose, sufficiently healthy children old enough to have adequately-developed kidneys must be removed from the womb, alive, typically by cesarean section, and have their kidneys cut out. This must take place without anesthesia for the child, which would lessen the viability of the organs. Instead of being held, rocked, and comforted in the time intervening between their birth and their death, they have organs cut out of them alive."

The above passage comes from a Crisis Magazine article written back in January. I have not been able to shake it from my mind throughout 2021. The article describes how (many years ago) scientists "harvested" the baby who was used to create the COVID vaccine. Yes, the passage can trigger an emotional response which might cloud one's reasoning. However, there is no denying the horror it describes.

I'm not sure if this is a charitable or properly nuanced statement, but there is truth to it: Take the vaccine and you will forever be connected with abortion. The two are currently inseparable. This is why one needs a very serious reason to take the vaccine (and not the other way around). But even beyond the creation of the vaccine, we see an intertwining of COVID and abortion amidst public discourse. Behold the "logic" of the public debate:

- A female abortion advocate says, "Who are you to tell a woman what to do? My body, my choice!"

- A woman, unwilling to get the abortion-tainted vaccine, replies, "Who are you to tell me, a woman, what to do? My body, my choice!"

- The abortion advocate snarls back, "No! Look at the hospitals filling up with COVID patients! People are dying because of YOU!"

- The un-jabbed woman fires back, "Then why are we having doctors and nurses perform abortions, every single day, when they are needed in the COVID ward? People and unborn babies are dying!"

The abortion-advocate's continued justifications defy reason, logic, morality, and even basic human emotion from considering a baby ripped from the womb and having its kidneys sucked out while it gasps out in pain. All of it does not matter to those willing to murder a baby. They are the lords and masters of all human life now. "God is dead," says Nietszche. "God is not dead, we are god!" is their reply. The overall COVID response is one born from an abortive and contraceptive mentality. It is not about staying safe. It is about controlling life, and controlling death.

My mind is thinking of the little ones a lot these days. The babies murdered by abortion. Their lives matter.

But it is also on my mind because my wife and I also just lost another little one. A miscarriage, at around six-weeks. I do not write this looking for sympathy. We are doing well, thanks be to God. But I am writing it because I feel like I must. I must acknowledge the human life that was, and is. I must proclaim the great blessing from God, that a human life was brought into the world. And I must pray the ancient prayer of Job, "The Lord giveth, and the Lord taketh away. Blessed be the name of the Lord."

Human life is precious. It always will be. It is so precious that we must be willing to sacrifice for it. To suffer for it.

I will end with a famous story. It was recently shared by my friend Dr. Peter Kwasniewski. Don't read too much into it. Just take it for what it is:

A professor in a world-acclaimed medical school posed this medical situation and ethical issue to his students:
"Here's the family history: The father has syphilis. The mother has Tuberculosis. They already have four children. The first is blind. The second has died. The third is deaf. The fourth has Tuberculosis. Now the mother is pregnant again. The parents come to you for advice. They are willing to have an abortion, if you decide they should. What do you say?"
The students gave various individual opinions, and then the professor asked them to break into small groups for "consultation." All of the groups came back to report that they would recommend abortion.
"
Congratulations,
" the professor said, "You have just killed Beethoven.”

Cover Photo by behankieran from YouPic