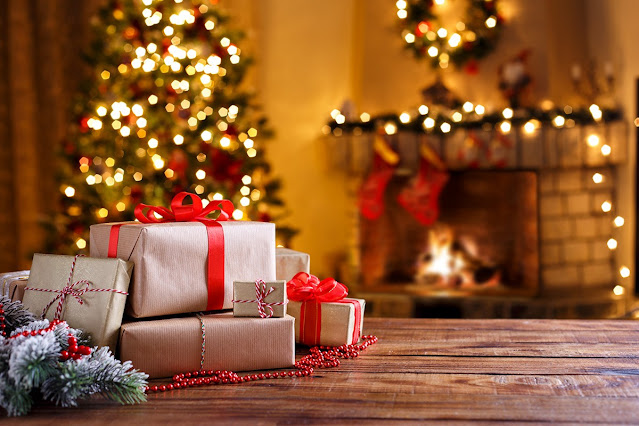 My little girl asked for me to make a book about Danny stories -
real accounts of young Danny and his many childhood adventures.
Danny was a good little boy, and always very... sneaky.
Now for a young boy, there is nothing better in the world than the anticipation of Christmas. Presents lay under the tree, lights glimmer in the night, carols and jollity fill the air, presents lay under the tree. And, presents lay under the tree.
That's right, little Danny has had an obsession with Christmas gifts. In fact, it was to the point where he needed to know what he was getting. Perhaps he would die otherwise? No worries. There are ways and means for a young boy to know his gifts.
The first is rather simple. Mom puts the gifts under the tree. Danny picks up his gifts and gives them a shake. The unmistakable rattle and hum of Lego resounds. Mom yells in frustration. Danny smirks. He then measures the size of the box and compares it to the Lego sets in the Sears Christmas catalogue. A few calculations, carry the one and so forth, and voila: Danny knows his present! Now sometimes said mom would add a "do not shake" tab to the present. This is a foil. Little Dannys don't get breakable gifts. That is like telling a bird not to sing. Little Danny presents are always indestructible.
Now one year, unfortunately, Danny's shaking methods were not revealing the secrets of a particular package. Hence, the second manner of learning his gifts became necessary. Conveniently, it just so happened that this particular year the rage was to buy reusable wrapping paper. I still shake my head at this. Reusable wrapping paper? Designed by 10-year-old boys, no doubt. It was simply too perfect.
What was not perfect was the lack of opportunity. Danny had many brothers and sisters. As everyone knows, you can't always trust brothers and sisters to keep a secret. Blackmail only goes so far. What to do? *Cough* Danny had a solution! *Cough* That is, get sick. Well, not super sick. Just sick enough to stay home from school. Conveniently, Danny had to miss one morning of school. Now Danny's mom had to rush into town that morning, so Danny bravely hauled himself out of bed and went to the tree. Though trembling with sickness, Danny persevered through the ordeal and managed to unwrap his mystery present, thoroughly examine the box of his soon-to-be toy, and then re-wrap it just good enough so that nobody would notice. That was easy.
A final and effective method is the set up. Back when the world was in black and white, online shopping did not exist. So to buy Christmas presents, Danny's family would take a trip to the big city and physically walk into stores to find those special Christmas surprises.
Hmm...
Danny just happened to be browsing through a store when he saw a model car that caught his eye. Building a model car might be fun. Danny called over his younger brother and sister and gave specific instructions:
"Look,  you need to bring mom over here and sort of suggest to her that I would like this model car kit."
And so, off they went, while Danny  watched the proceedings from a hidden nearby location. Mom walked by. The younger brother and sister gestured to the model and spoke a few words. Mom picked up the model and placed it in the shopping cart and walked on. Danny's brother and sister then turned to him (they knew where he was hiding), and gave a big ole thumbs up.
Perfect.
Until a week later when Danny was shaking his "mystery" gift in front of everyone and exclaiming, with a voice to make Hallmark Christmas movie actors proud, "Golly, I have no idea what I'm getting this year!" Danny's mom looked on, no doubt pleased that he finally had been foiled.
Then Danny's younger brother, joining in the play acting game, piped up, "Well! It's not a model!"
Busted.
Christmas Danny Story