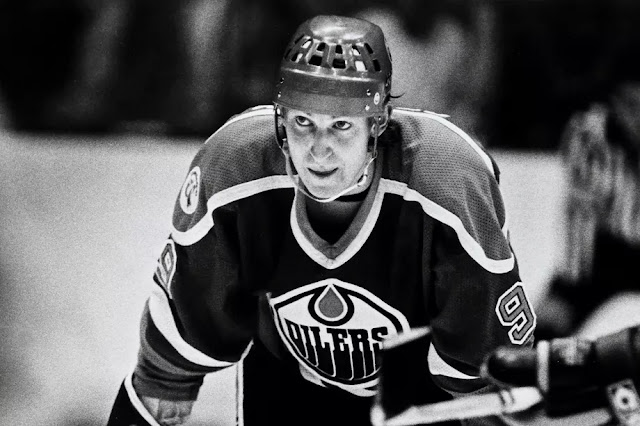 My little girl asked for me to make a book about Danny stories -
real accounts of young Danny and his many childhood adventures.
Danny was a good little boy, and always very... busy.
Well Danny had two older brothers and an older sister. Nothing against the older sister, but she didn't play hockey. The older brothers did. And so Danny followed what the older brothers did.
To be a younger brother is to have an advantage. That is, you never really learn how to play hockey, you just always somehow know how. Danny's first childhood memory was of him skating. Two little feet, laced into old brown skates, inching forward on a sheet of glass. His second memory is of him losing a mini-stick at a rink, while his older brothers had a hockey practice. It was all hockey.
Well Danny soon was old enough for hockey. Almost. The town Danny lived in said he was too young to play - possibly they were just racist against four-year-olds - so Danny's dad drove him to a nearby village where the hockey people didn't care how old Danny was. The nearby village had a beautiful name: Bienfait, perhaps a great tribute to the French. And it is pronounced Bean - Fate, perhaps a great mockery of the French. Regardless, Danny played hockey that year, and did well for someone with such short legs.
But the next year... ahh the next year! A full five years of age, Danny was ready for the professional leagues. This year he was allowed to play for the big club, the Estevan Canadian Tires. You'll never guess who the team's sponsor was.
Here is how this remarkable year began:
For the first game little Danny lined up at right wing for the opening face off. The puck dropped, the impact of the rubber meeting the ice immediately knocked down the two centremen and a winger. Danny swooped in, picking up the puck on his stick and deftly stickhandling past a forward and two defensemen. Alone against the goalie, it was a quick deke to the right and an easy sliding of the puck into the net.
1-0
The ref picked up the puck and, after much shouting from the coaches, all the players found their way back to their set faceoff positions. The puck was dropped, and the scene repeated. Danny swooped in, took the puck and dangled his way to another goal.
2-0
Meanwhile, Danny's dad stared in amazement. "It's the second coming of Wayne Gretzky!" he mused. Perhaps visions of Stanley Cups and Pepsi contracts danced in his mind.
Meanwhile, Danny went to the bench for a much deserved rest. The coach came over to talk to him. "Great goals Danny! But I want you to pass the puck now."
Five-year-olds are smart in their own little way. But they are also not smart, in their own little way. At that precise moment Danny stopped trying to score goals. Instead, he took his coach's words as Gospel: "I want you to pass the puck now."
And so, Danny passed. He passed up on opportunities to score. He passed up on being the second coming of Gretzky. He passed on greatness.
Danny finished the year with a total of 6 goals. The first two were scored within 20 seconds. The final 4 were probably weak moments where Danny didn't pass the puck.
The moral of the story is that it is important to work as a team. There's no "I" in team.
But there's an "I" in WIN.
Photo by Jayne Kamin-Oncea/Getty Images
Danny Story