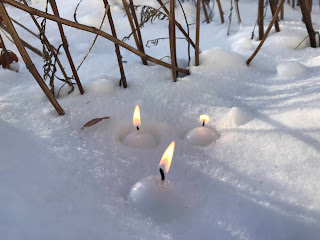 Sometimes a guy just has to rant. At a future moment, maybe even later today, I may pause, recollect myself, and offer due thanks to God for all of His abundant blessings. But not now. Not after yet another failure. Later it will have to be.

I rant, or whine, about another failed attempt to attend the traditional Latin Mass (TLM). This time it occurred on the Feast of the Presentation, or Candlemas.

Now you need to understand the difference between the Novus Ordo vs. TLM on Candlemas. I grew up my entire life not knowing the purpose of this feast. It had some vague references to candles (in the form of one quick prayer at the beginning of Mass), and then usually ended with the priest telling us we are all called to be the light for others.

A few years ago I took my family to Candlemas at the traditional Latin Mass. It was the first time in my life that I started, even in an infinitesimal way, to grasp the significance of this feast. A trite yet necessary statement: the focus was placed on Christ being the light. Christ was shown definitively to be the fulfillment of all the yearnings of the Old Testament. From one of the five beautiful prayers at the beginning of traditional Candlemas:


“O Lord Jesus Christ, the true Light Who enlightenest every man that cometh into this world: pour forth thy blessing upon these candles, and sanctify them with the light of Thy grace, and mercifully grant, that as these lights, enkindled with visible fire, dispel the darkness of night…”

We tried to go to this Mass this morning, but once again were stymied. It was a restless night, as all nights are before driving 2.5 hours to the city for Mass. It turns out that the “flurries” which were supposed to end by 10pm Saturday continued to “flurry” all night. I shovelled for 10 minutes just to get the van ready to leave. We hauled out the kids and hit the highway at 6:15am. It was surreal driving by businesses that were having their parking lots plowed - though the businesses were closed on Sunday - while the highway never had a single snow plow touch it. That’s the difference between public vs. private companies. Well the highway was treacherous, and so we returned home.

Speaking of treacherous, that is an apt word to describe the Mass we will be forced to attend later this morning. I think “hippy” is simply a synonym for “Catholic” sometimes. But it is still better than lighting emergency heating-candles in our vehicle, while stranded in a ditch, for a Candlemas celebration.

Last week there was freezing rain. The week before had -35 temperatures. The week before that we had company. It seems impossible to attend a traditional Latin Mass. Our oldest son hasn’t been to a catechism class there in two months. He’s supposed to receive First Communion and confirmation in April. Overall, it feels at times like we’re gasping for the clear air of tradition, beauty, and liturgical sanity. Hence, a bitter rant today. But I really shouldn’t. I’m called to be light for the world, after all…

Later, I pray, I will shake the cobwebs of tiredness and disappointment and render due thanks to God for all our blessings.

And I do mean this sincerely when I say: Happy Feast Day. 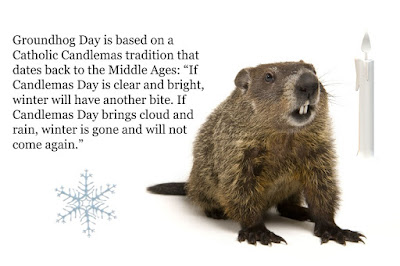 NB: Thanks for the many offers from friends to host our family the night before the Mass. Unfortunately, at the moment this is not feasible with our little 5 month old baby. We’ll keep praying we can move soon.