Bishop Sorondo, Or, How to Argue like a 3-Year-Old 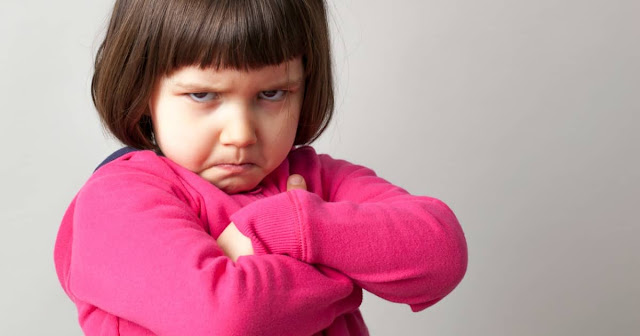 Occasionally my wife and I get sucked into an argument with our three-year-old daughter. It... it is never worthwhile. With this in mind, I present part of an interview that the excellent Diane Montagna of LifeSiteNews did with the nefarious Bishop Sorondo. Sorondo is an Argentinian close to our Pontiff. He recently was caught giving Holy Communion to his home country’s president (the president is actively pro-abortion, and lives with a woman who is not his wife). Enjoy the mind of a three year old, dressed as a bishop, at work:

BS: Yes, maybe two or one bishop. But it’s not a problem. It’s not a problem in Italy. It’s not a problem with the Pope. St. John Paul II gave Communion to [inaudible], to all people, who promote abortion. This is the practice [inaudible] Maybe I’m not happy with this.
DM: But it would be an opportunity. This was a public scandal. The fact that a pro-abortion president who’s sleeping with his mistress...
BS: So you say…
DM: He’s living with his mistress!
BS: I don’t know. I don’t know.
DM: Everybody knows. She lives with him. She acts like the first lady.
BS: I don’t know.
DM: How can you not know? You’re Argentinian.
BS: Look, this is his problem. It’s not my problem. And I don’t have any reason, any canonical reason, to say no. So, what can I do?
DM: Would you ever take an opportunity like that to speak to him, before the Mass or after the Mass? Before the Mass, if he wants to go to Mass. This was all organized...
BS: No, I don’t have the opportunity to speak.
DM: You’re a priest. You could make the opportunity. It was organized…
BS: I don’t say more, I don’t say more. Maybe I have in the future an opportunity to speak.
DM: Because these things are organized. He didn’t just show up and want to go to Mass.
BS: Okay, thank you for that.
DM: I’m just thinking of the good of his soul – and for the good of her soul. St. Paul is very clear about how we can eat condemnation upon (cf 1 Cor. 1:29)…
BS: Yes, but St. Paul is very clear also to say, “my only judge is my conscience.” St. Paul said it.
DM: No, no he didn’t. He said that the Lord is his judge. He said: “Not even I can judge myself. The Lord is my judge” (cf. 1 Cor. 4:4).
BS: The Lord is my judge, but the Lord is in my conscience.
DM: The Lord isn’t necessarily if we don’t have …
BS: He’s not in the conscience of the bishop or the cardinal…
DM: But if you don’t have a well-formed conscience where divine grace is actually active, then your conscience is probably lying to you. The darkness of the intellect…
BS: This is your interpretation. Sorry, I don’t want to continue to speak with you because you are completely… and you want only to make polemics. You need to be very happy and to say to your Cardinal Burke, “Look the president [of Argentina] goes to the Mass.” This is the important fact. And your president did not go to the Mass.
DM: What do you mean, my president?
BS: Say this.
DM: My president in terms of President Trump?
BS: Yes. He does not go to the Mass.
DM: But he’s not Catholic. He’s not Catholic.
BS: Exactly! This is a great difference.
DM: He’s not Catholic. But President Trump went in January... he was the first U.S. president ever to go to the March for Life with thousands and thousands of young people.
BS: Yeah, to have the votes of the Catholics. To have the votes of the Catholics. Say this to Cardinal Burke. And in fact, I heard that Cardinal Burke is against President Trump.
DM: Is against?
BS: Yes. Yes.
DM: Or he went to see him?
BS: He is against many things that [Trump] says.
DM: Well, you don’t have to agree with everything President Trump does. But he’s saving babies. He’s saving babies.
BS: Please, lady, understand the Catholic ideas and do not be fanatic, do not be fanatic.
DM: Okay…
BS: If you continue to speak with me, do not be fanatic. Try to use reason.
DM: I am. Okay. Thank you very much.