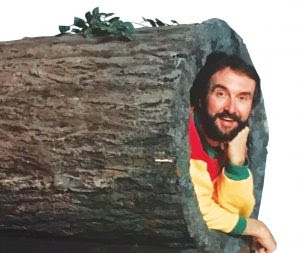 On the lighter side, I present to you... my top five favourite children's songs. I am not talking about old time classics like Twinkle Twinkle, but the type of children's music that you would haul out the old record player to listen to. Think Raffi, Fred Penner, and the like. You will notice that there is no Duck Song, or Baby Shark. I'm talking real music. Here we go:

*Sniff* Those lyrics. I'm not crying. You're crying.

No, it's not. Get your mind out of the gutter and stop thinking about drugs. Druggie.

Fun. Catchy. And to be honest, I needed to have Sharon, Lois, and Bram on the list at least once.

3) The Cat Came Back - Fred Penner

I could put Fred Penner songs for all five if need be. Sandwiches. Collections. So many others. But, The Cat Came Back is simply legendary.

Huh? That's right, Spaghetti by Joe Wise. This is the Bohemian Rhapsody of children's music. Except it's better than Bohemian Rhapsody. I sometimes insist we make spaghetti at home, just so I can listen to this song. And sometimes I listen to it even when I'm making burgers, or pizza, or toast. So there.

Of course, I grew up loving this song. Then one day, to our shock, we opened up a hymnal at Mass and realized one of the sappy hymns was written by Joe Wise. I guess he ruined churches with his happy hippy songs once upon a time. Wise should've stuck with children's music.

What's this? A curveball for the number one hit? It shouldn't be a curveball if you know your stuff. Hippos have long dominated children's music. Think I Want a Hippopotamus for Christmas, or Otto the Hippo (he put the "hip" in hippopotamus).

As a bonus, I offer two honourable mentions.

Woah!!!! Wait a minute! I made the list! I'm honoured. Shameless self-promotion, I know. But it's my list and I just so happen to really like myself. Like a lot. I wrote this for my littlest sister many years ago. Enjoy!

It's just a nice song, ok? I'm not really a sappy person. But can't a guy like to sing about planting gardens and being one with nature?

Puff the magic dragon lived by the sea...