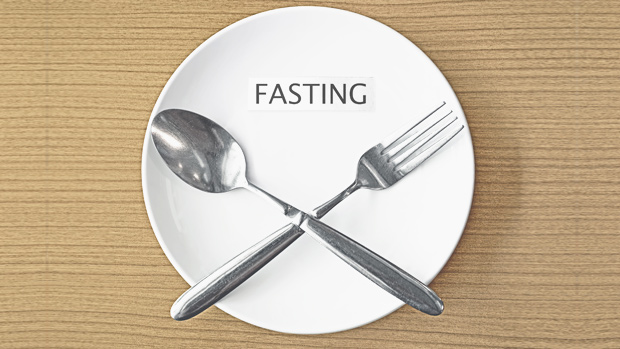 I will begin with a quick flashback. My wife and kids paid a quick visit to some Protestant friends during Holy Week. When I asked how the outing went, my seven-year-old son complained, “Oh, they were eating ice cream when we got there.” I tried encouraging him, saying Easter was near and that we would make up for lost time (and we have). Such is the blessedly balanced life of a Catholic. We fast and we feast.

Catholics follow set disciplines, based on Scripture, Tradition (lowercase and capital “t”) and the Magisterium, for the spiritual health of the soul. Nevertheless, seeing these Protestant friends eat ice cream during Holy Week reinforces one unequivocal fact: if I were a Protestant, I would be a terrible Christian.[i]

I would be terrible because I would knowingly neglect my Christian duties. For instance, Jesus said to pray and fast (Mt 17:21). I have no idea if those Protestant friends my wife and kids visited fast much. Hopefully they do. But truth be told, if I did not have Holy Mother Church compelling me to fast I am skeptical I would, at least initially, choose an energy-depleted day filled with headaches and hunger. As like a little child, I need to be told what to do, and reminded repeatedly. If I were a Protestant I would, to my shame, neglect my Christian duty.[ii]

I shudder pondering if I would even go to church on Sundays as a Protestant. Awful modern music, boring sermons, no Eucharist, and enticing golf courses would ultimately wear me down. Rather I would languidly conduct “home church” with my family, where I am sure my sermons would be first rate. There would be no ecclesial leader inculcating that making a charade of the third commandment is a mortal sin; not that I would accept the concept of mortal sin.

Further, if I were Protestant, I wonder if I would reject basic teachings such as natural law. Would I instead accept ideas of predestination, sola scriptura, total depravity and limited atonement? Would I take these teachings to their logical conclusions, culminating in my own personal magisterium? Or rather, and perhaps most likely, would I simply spend more time perfecting my golf swing?

I do not know the answers to these questions, thankfully. I am Catholic. Holy Mother Church, like a good mother, guides and nourishes me spiritually. Without the Catholic Church I know that I personally would be a terrible Christian.

Nevertheless, while the Divine Church acts as a good mother, there are people within the Church who, it seems, are treating Church discipline in an aloof, non-magisterial, and even Protestant manner. The clear, and dare I say rigid, teachings of the Church are being diluted or forgotten entirely; the indulgence of a figurative Holy Week ice cream is offered in replacement.

Consider what has happened to the very practice fasting. I have always dutifully obeyed the Church’s precept on fasting. This past Lent, thanks to a video from Dr. Taylor Marshall, I was riled to discover just how lenient Catholicism has become since the 1960s. What was once a daily fast in Lent has been reduced to twice per year, and even then the fast may consist of a full meal and two large snacks. This seems closer to perennial feasting than timely fasting. Why is this?

For one, Pope Paul VI pronounced in 1966 that we need “beyond fast and abstinence, new expressions more suitable for the realization, according to the character of various epochs, of the precise goal of penitence.” His verbose and muddled language essentially made fasting shamefully easy, and thereby less efficacious. Fasting is a personal responsibility, but we need Holy Mother Church to lead us. We are not Protestant.

Providentially, Dr. Marshall’s video inspired me to heed the pre-1960s Church rules on fasting for Lent. The toil of Lent increased greatly, yet I believe it was far more beneficial.

Of similar concern, what has happened to Sunday as an enforced holy day of obligation for Catholics? Of course it still is binding, yet this important Church precept is rarely preached. It seems rather Protestant in nature not to instruct Catholics that they must, under pain of mortal sin, fulfill their Mass obligation. It also seems Protestant in nature to emphasize the “presider”, community of believers, and modern music, while placing little emphasis on the actual Sacrifice. The result is that Mass attendance continues to plummet, for the heart of Catholicism is not treated with due Catholic solemnity.

Other examples of a Protestant-styled Catholicism abound. Though I insist I bear no animosity towards Protestants, many of whom are my friends.

I do have animosity, however, towards Catholics who treat the faith as if it were Protestant. Why not simply defect to Protestantism? Meanwhile, Catholics require the Church to guard, defend, and promote the faith vigorously. In other words, Catholics need to be treated as Catholics, only then will they come to live as Catholics.

I close with a brief quote. It is Msgr. Robert Hugh Benson’s portrayal of a Catholic priest’s final words before martyrdom, words powerfully declaring the passion with which Catholics should hold onto their faith:
“It is for the Catholic faith, then, that I die – that which was once the faith of all England – and which, I pray, may be one day its faith again. […] the true Christian Religion (and none other) – revealed by our Saviour Christ.”[iii]
Catholics have a profuse treasury of faith to rediscover (which fills me with great hope). Why, then, should we choose the path trodden by Protestants? Indeed, when Catholicism is handed down in its fullness, Catholics will live the faith fully. Perhaps even unto death.

[i] I am not attacking Protestants, many of whom are far better Christians than a multitude of Catholics. However, there is no Magisterial teaching in Protestantism, I believe to their great detriment.


[ii] Consider that John Calvin, John Knox, and even Martin Luther all fasted. Yet without a clear and obligatory guidance, fasting continues to decline amongst modern Protestants. It seems that the post-1960 Catholic Church is falling for this as well.