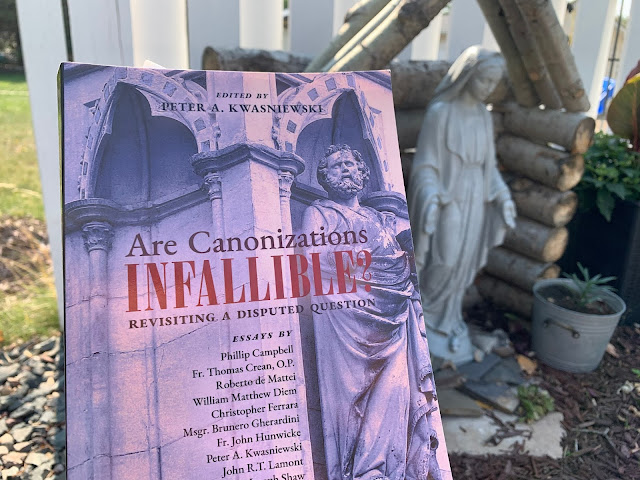 This is a loaded question. Your immediate answer will speak volumes about your life and experience as a Catholic.

Being raised in the 1990s, it was evident that the Church was a mess. Vocations were dropping faster than the pull of gravity, orthodoxy was scorned, catechism classes were a disaster - unless you liked crafts, and the Mass was traumatic - think girls dancing in the sanctuary to Days of Elijah while old people wiggled their butts in movement to the a spirit. Hip-replacements were a frequent reality at our parish (oh those hippies). But through it all, there was a sentiment amongst the few faithful Catholics that the pope was against all of this, and that these liberals were simply being disobedient. We were the real Catholics, and this mess wouldn't last forever.

And so, we believed certain things. We believed that the pope actually liked Latin, despite never raising a finger to bring it back. We believed that receiving Holy Communion on the tongue was still permitted, and not actually the normative (and necessary) practice for Catholics. We believed that when the Vatican spoke it was always true, and we sought to justify and defend statements that sounded strange (e.g. that JPII was the the pope "killed" by arrows in the 3rd secret of Fatima). Finally, we believed, among other things, that when a pope canonized a saint, it was infallible.

No one ever really explained why we believed these things. Such was the attitude of the 1990s. You took what you could get. Some were able to watch Mother Angelia Live for answers to Catholicism - if they had one of those large, illegal, satellite receivers. Others purchased books written by well-intentioned Catholics who really didn't know anything about the Church prior to 1965. Often you were simply left to reason things out on your own. When the Catechism came out it certainly helped, but by that time we realized that the liberals didn't actually care if something was in the Catechism of not.

So to the question: Are canonizations infallible? To a child mainly raised in the 1990s, the answer then would be an emphatic YES! Why? Um... because we were told, incorrectly, that in the ceremony the pope invoked his infallibility. And there were also some references to this saint named Aquinas. That was good enough for us. Move along.

My journey as a Catholic - I hate that term - has brought me to its roots. I no longer am satisfied with half-explanations for why things are the way they are. I want real answers. As it goes, I find these answers when analyzing Catholicism in the fullness of tradition. This brings many red-pill moments. So be it. The Truth - not half-truths - will set us free.

When Paul VI was canonized by Pope Francis back in 2018, I knew I needed real answers to this issue. How is it actually possible? The papacy of Paul VI - God bless him for Humanae Vitae - was a catastrophe. Read historian Henry Sires' work for further details. How can Paul VI infallibly be declared a saint? As one to be followed and imitated?

Enter the book: Are Canonizations Infallible?

Now this book has garnered much controversy. You may remember back in June when I took issue with some Catholics who were attacking a certain professor over a book they had never read. It seems the complainers were fearful that their Catholic worldview might come crashing down. The book in question was this one.

So what of the actual book? Is it good? Is it worth it?

I will sum it up with this: As I was nearly finished reading it my wife looked at me and asked, "So, is the book good?" My reply was simple, "It's blowing my mind... again."

The first few chapters get to actual foundations for a canonization... what it is, how it started, what are the procedures, what Aquinas actually said about it, how Vatican I comes into play, the changes of 1983 in the process... it's all there. And don't worry, there are arguments given for and against infallible canonizations (as I read, I found the against arguments to be more reasonable). The book is immensely informative. It is scholarly, yet completely approachable. I will surely use it in the future as a reference guide.

However, it wasn't until near the end of the book, when essays by Hunwicke, Ferrara, Kwasniewski, Shaw (etc.) started showing up, that my mind really began to be blown away. They hold back nothing. What is a miracle? What were Paul VI's "miracles"? Or Romero's? Does the process matter or not?  Why have a process if not? What is heroic virtue? Is every canonization infallible? Just some? Is infallibility actually invoked (spoiler alert, the answer is no)? What if a credible and serious allegations rise against a recently canonized saint? And, most importantly, was does the Church actually say on the matter?

My oh my. Truth is a beautiful thing. But sometimes it blows your mind. This book did just that. I highly recommend it. It is a necessary service to Catholics.

So to the actual question, are canonizations infallible? I know my opinion has been altered greatly. How so?

You'll just have to get the book and see for yourself.