A (COVID) School Year in Review 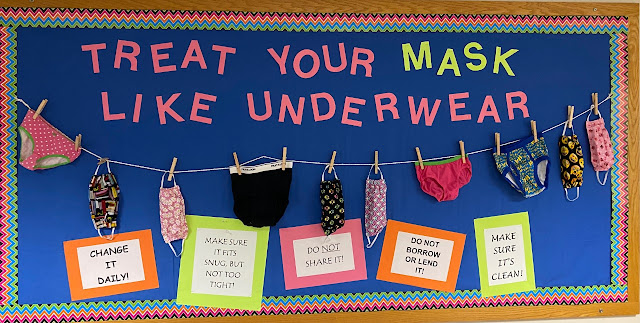 I have just bid farewell to a year of teaching which I shall never forget.

After the disastrous - one might argue criminal - end to the 2019-2020 school year, this latest academic year was approached with great trepidation amongst parents, students, and teachers alike. It was to be a year of unknowns, built upon invented and ever-changing COVID regulations, with the end game of... I'm not sure. Survival? Control? Student-wellbeing? Two of these three, I imagine.

Initially, students were very grateful to return. They worked hard too, which was good because many had forgotten basic addition/subtraction (grade 5) due to the 6-month COVId lay-off. The day-to-day wearing of masks was a nightmare. I had many sore throats, as did the students. Overall, however, it was great to be back.

The year progressed, so too the regulations. Masks became required in Phys Ed, on the playground, and while playing sports in town. Then by November we were told to stay away from sports (in town), as well as church, shopping, and, well, other people. None of it made sense. "How come I can sit and eat next to this kid at school, but I can't see him outside of school?" argued many an angry student. Kids aren't stupid.

Kids are not 100% resilient either, whatever lies people tell you. I recall one tough hockey boy in another class eventually breaking down in tears, "It's too much change!!!" Every day was like this. I would be in the middle of reading The Hobbit and we would hear shrieks and screams of bloody murder from the hallway. Sometimes objects (such as lunches) were tossed around. I would calmly keep reading, while smoothly shutting my classroom door. It all became routine. Meltdowns became as common as snow in January.

Speaking of January, by the end of the month I had reached my breaking point. The weather turned nasty, and we were unable to spend as much time outdoors. Also, the going-to-church situation was a mess, and when I wrote about it I received many nasty and vile comments from "good Catholics." And still, the message was a perpetual, "in a few weeks we will review protocol."

The weather improved. The government allowed people to visit one another (how nice of them). And life, frustrating as it is, plowed along. At the very end of the year the vax showed up at our school. It has been curious sad to see many teachers become so sick. I probably shouldn't say anything more than that.

Perseverance is a lesson for our time. It certainly was for me, as well as my students. But some how, some way (God's grace), here I am now. I have finished teaching this incredibly difficult year, and I cannot help but reflect.

I think about how, despite all the trauma, I never lost one student to a complete meltdown. What was a daily occurrence in some classes passed over my little classroom. It is a miracle, really. My little group of students were champions of perseverance. Still more than that. They brought real laughter.

And yet... if I must be honest, I end the year with an overwhelming feeling of ingratitude. By that I mean that it feels like all my efforts were taken for granted, and somehow unappreciated. I don't know why exactly. And to be fair, several parents/students did express much gratitude. Some, anyway. Yet many just walked on out, without looking back, and that was that. It could be that everyone is stressed, and simply happy to make it to summer. It could be that young people have difficulty processing emotions. Or, it could be that I did an awful job of teaching this year. Whatever it is, the feeling is there, and I enter the summer thinking about how to carry on with a job that loves to take everything you have, all before chewing you up and spitting you out.

This is dangerous. St. Theresa of Avila, in speaking of the third mansion, states that if a person prays, fasts, and does everything right, they still can be sunk into hell easily if they do not adhere to a basic teaching from Our Lord: "We are unprofitable servants; we have done that which we ought to do" (Lk 17:10).

So humility, for one, is essential with such feelings. The other obvious point goes back to gratitude. My gratitude.

Early every morning, long before school started, I would pray for my students. This is not heroic in the least, but rather very natural for a Catholic to do. Well this year I decided to end each prayer session with the St. Michael's prayer. Sometimes you can just sense the roaming of the Evil One in this world. Recall how I mentioned none of my students had a meltdown?

My goodness! What an amazing, profound, and humbling realization. These prayers were answered, daily. That Christ would protect these past 10-months so forcefully, and obviously, is stunning.

Deep down, it is there. Perhaps I am the one with difficulty processing emotions. God is present and active, always, if we have but eyes to realize.

The COVID-year is done. Thank you Lord for aiding this unprofitable servant.